Welp, here we are again. Another 3 months, another set of scans. 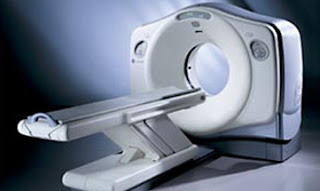 I have to be frank, I'm nervous about this one. The fear of something coming back and having to go through that mess again is slightly terrifying. And since I have a hidden version of my mother's hypochondria, I freak out a little on the inside.

Cue not sleeping well and flipping out on my wife for no real reason.

I hope I can shake these feelings eventually, and that they don't show up every scan. But only time will tell... I think this one is especially hard since my cousin is going through his own fight against cancer.

But enough of that, let's talk about something cooler - RUNNING!

Outside of my own personal realm, there has been a lot going on in the running world (Alberto Salazar, NCAA Championships, USATF Outdoor Championships, and Jager clipping a hurdle at the end of the steeplechase and still setting an American record). Here are my thoughts on all three:

Rupp, please be clean. There has been enough tainting of American distance runners. You were supposed to be the next Pre. However, I do think Salazar as made his athletes do some sketchy things. Some example coming straight from the athletes' mouths!

NCAA Championships were fun to watch. Nothing too crazy. Oregon always has really cool uniforms.

USATF Championships were awesome! Oh, you didn't watch? That's probably because running is the back burner sport. If you wanted to watch, you had to know the date, times, and have the link to stream it online. Not bad for events that were qualifying people for Worlds in Beijing! [/sarcasm].

Finally, Evan Jager. Wow! In diamond league competition, he was pitted against some of the best steeplechasers in the world. However, with a strong performance for about 2,950m out of the full 3,000, he earned the respect of everyone including the Kenyans who have owned the steeplechase since the 60's. If you didn't watch the video, Jager stumbled on the last hurdle, falls, gets back up, takes second, and STILL sets an American Record!

In the famous words of Forrest Gump, "That's all I have to say about that."

Cheers to health, wellness, and running!
*Takes a long sip of the 50ml contrast solution*